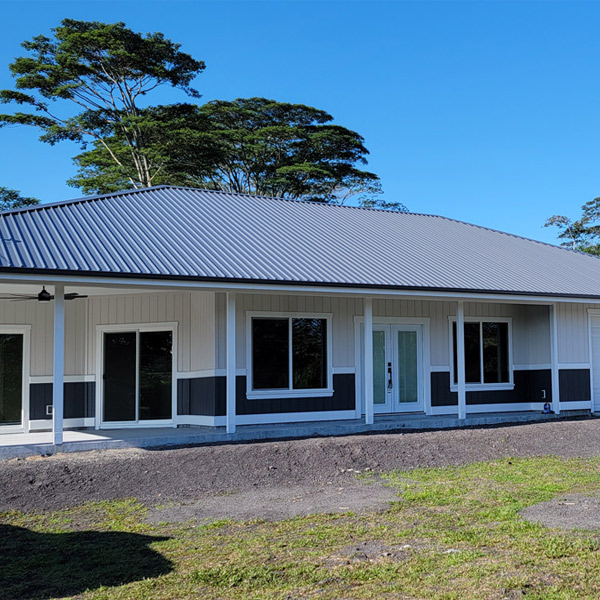 Many years ago, I was already on a collision path to retirement back in the islands, but I wasn’t too sure where. Today, that decision is been made and it’s Big Island! Yes, my home island of Ifalik was in the picture always, and so was my wife’s prettyful island of Uman. But we had decided and it is going to be somewhere on the windward side of the Big Island.  It was not an easy decision, because our lives have many connections to places dear to our hearts. POHNPEI was one of those places on top of our list. Afterall, it was where everything began. But I am contend with the decision my wife and I had to settle with. Oh, almost forgot Guam. Guam feels like my real home and I literally followed everything going on there, from the Hotel & Restaurant Association’s moves, to the political landscapes, and yes the MICRONESIAN GUAMANIAN growth, downsides, updsides, and everything in between. Guam is where “America’s day begins” for me and my family.

You are beautiful indeed and has the many wonderful things and people I love, respect, longing. You are and will always be in the center of everything me. Sadly, you are too good and should stay the way you are.

Love you and liked everything I experienced and I remained loyal to you in every ways. It was you who witnessed the beginning of my marital life. It was you that hosted and shared your beauty and love. I cannot thank you enough. You will always remain a part of me and my family.

Hafa Adai Guam! It is where my “America’s Day Begins.” Thank you from the bottom of my heart for being such a beauty and the best educator! I owed you all of my successes and a little bit of my failures. You will always remain a home to me. Dångkulu na si Yu‘us ma‘åse.‘

Fishing, Farming, Land and its proximity to the mainland USA. I guess it is not a hard decision Afterall. It’s beautiful. Good for fishing. Taro and breadfruit grow there, the land prices are within our budget, and it is not too far from the mainland where our kids and grandkids reside.

Funny thing is, I had already made up my mind way before bringing my wife to see the place.  I had researched it extensively, from the different neighborhoods, to the customs, cultures and traditions as well as the many experiences people had and are having as they too make the move. The connection seemed to get stronger as I dug deeper. The only remaining thing was to convince my other half.

I respected her reservations knowing full well that she’s a mother and her perspective on life is totally different than mine. I knew there’s going to be a lot of convincing I had to do. And I must put my life experience to work if my plan is going to pan out.

Are we really selling this beautiful house?

Well, planning I must say is very important and planning for retirement is a must. I must confess, nothing I’ve done so far was decided upon right away. I spent many hours, days and even years weighing the options and more importantly the consequences and impacts of such undertakings. When I was planning for the purchase of our house, it took me years to convince my wife it’s the right thing to do. I went as far as bringing her to home ownership certification classes just so she can hear from the professionals hoping what they say can help change her mind. I knew her mind won’t change that easily, especially when buying means we are staying in America for the rest of our lives. In fact, that’s what stopping her from being committed like I did. The idea that we’ll one day return home to retire.

So, the minute we got our mortgage approved, I was already giving out clues to my wife that buying and paying mortgage was not our real goal. To me, it was a stepping stone to the real goal. My hope was to build on the equity that was already in the house and one day sold it off so we can use that to buy cash somewhere. I wasn’t thinking an island, but more toward the Oregon coast, one of my favorites. In that plan, I was hoping to buy acres of land and build a house on it and just do lots of crabbing and fishing.

Quit a real job in 2016 and called myself semi-retired. It was a little less than a year after we bought our house. It was surprising to my wife, especially with the mortgage payment and stuff, but I reassured her and explained my reasonings for doing so. And one of the many reasons, and most important one, was to give me time to do some things that will hopefully helped increase the equity in our house.  I also thought it was the best timing to do so since there were lots of opportunities opening up in terms of self-employment. The so called gig-economy was just being started and I wanted to cash in on it. It was an awesome decision. The timing couldn’t be better! But CORONA HITS and it hit hard. Luckily for me, majority of what I wanted done had already been completed.

I would do Ubering and Amazon Fresh in the early hours of the day, made enough money to buy supplies by noon, and worked on my home projects in the afternoon hours. Instead of waiting 2 weeks to get paid, Uber and Amazon allowed us to cash out anytime of the day, so money was never an issue. It was a great success! Completed everything that needed done in no time at all.

While I was busying myself with all these different projects, I was already contemplating what the next thing to do. Looked up Guam and followed the housing trend there as it was on top of my list. But two things bothered me about Guam. The long tiring flying hours to and from, and the fact fishing grounds are pretty limited there. I was once a fisherman there and it was always challenging because the currents can change on you within minutes.

Next on my list was Hawaii and Big Island was so attractive to me. But convincing my wife to go along with the idea was, as I learned, more tougher than convincing her to buy. And the timing was so so bad. It was right before the lava flows into the Leilani Estates. She saw that on the news and told me straight up to scratch my plan because there’s nothing I say would change her mind.

So selling our house was never an issue. It was clear from the start that we were going to do it. It’s a matter of when. We could have sold it back then if it weren’t for the eruption that caused lava to flow unto the the Leilani Estates.

ENSLAVED BY FHA AND FINANCIAL INSTITUTIONS

I must say, it was so convincing that I called myself a HOME OWNER. But sitting down and really taking the time to think about it, it bothered the heck out of me. It’s true we have the deeds and we can do everything we wanted with the house and land, but are we really the owner. I am fully aware that the land will always belong to the government, no matter what. Home owners will pay property taxes for life. That is a given.  But do I have to keep on giving money to the FHA and Banks or mortgage holder? Don’t get me wrong, in some circumstances you’d have no choice. But if you do have that choice, would you continue dragging your feet and keep on giving your money away?

I believe not so is the reason I am preparing to put my house on the market. To stop giving away money to the already rich folks at FHA and my mortgage holder. I am taking the equity in this house and go buy cash so I won’t have to continually giving away money.