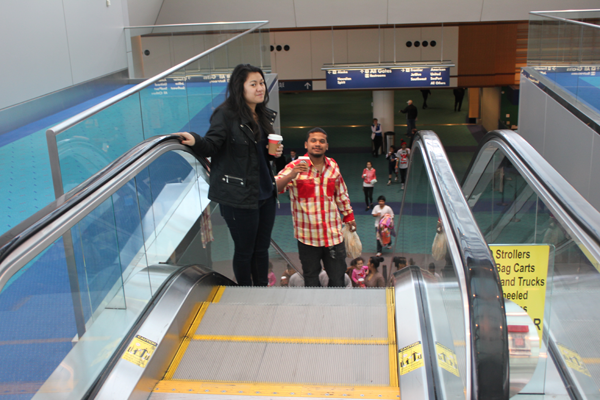 Before I delve into this very potent topic and try to answer the very important question of why our beloved Chuukese are hated on Guam and Hawaii, let me say my KAPONGS and FAIROS as well as a humongous show of respect to those hard working men and women of Chuuk out in the communities they are part of on Guam and in Hawaii.

I love Chuukese, isn’t that so obvious? I married to one! lol. It is the more reason why I asked myself why am I hearing all over the place that Chuukese are hated on Guam and Hawaii. And just for those that don’t know me, I am not a Hawaiian nor Chamorro so I cannot speak for them. I am speaking from my own experience living a real Chuukese life with a wonderful Chuukese friend, a love of my life, dear to my heart and above everything else, a mother of my children. So I am Yapese by birth, Chuukese by heart and American by life. Hehehe. But this isn’t about me. It’s about what I think causes this very negative view of Chuukese in general. I will explain things as a Chuukese for this blog.

So without delay, let me put it bluntly, everyone else in Micronesia is jealous of us Chuukese because we are better in everything! Can I say that is why Chuukese are hated so much? Maybe. Think of this carefully and you might understand that there is a truth to it. Most Chuukese are very talented and hard working so we can surely say this is part of the reason people look at them this way. Jealousy! Wow, that was so easy. But really?

A friend of mine told me once that Chuukese are cowards because they use machetes and knives and gang up on people. Wow. Really? How often is this happening? I stayed on Chuuk for over a year and have not witnessed such a behavior so I am not sure I would agree. I saw a DRUNKARD, a guy in the middle of the road on Weno with a machete in traffic but that was it. He ran out of the roadway when my brother in law pretended to run him over. All he did was laughing like and idiot because he thought we were going to really run him over. Everyone in the traffic tried to get out of his way but, we went full speed at him causing him to flee across the street. O boy, that was funny. Well, I would say it happens but on rare occasions probably just like everywhere in Micronesia. Got it. Rarity! That is a very important word. But why, if it’s rare? Why hating on us Chuukese?

A Chuukese told me that the reason Chuukese are hated so much is because they do things as a show of Machoism. In other words, to show others that they aren’t afraid of anything. They do things in the spotlight. They wanted to show it for the public to see. Other Micronesians would do the same bad stuff but in hiding. They would rather people not know what they did. Wait a minute, did I say Spotlight and Machoism? Wow. I didn’t realize I did that. Maybe there are truth to those two words. Spotlight and Machoism huh?

I witnessed this sort of Spotlight and Machoism phenomenon amongst families on Chuuk. It is probably a part of the Chuukese culture and upbringing so I may say there might be a truth to this. But I think here is the difference, Chuukese are brave in that if they hold a grudge on you, they will walk up to your face and say it to you. They won’t hide and wait for you in the bushes. Maybe this is what my Chuukese friend meant when he said that. So this is kind of a contradiction to the machete and knives and gang up on people belief. But it maybe the reason Chuukese are hated because they are very up front. It’s really is something to think about.

But wait, isn’t being upfront a good thing? Well, it is but some people can take it the wrong way. In politics, “Tell it Like it is” is not always the best way to go about it so maybe we should be more cognizant of our audiences or the people on the receiving end.

My one blog cannot possibly cover everything but the ones that I had covered are Jealousy, Cowards, Machete and Knives, Rarity and Machoism. Now why are these so important in getting to understand the issue? Because they are all contributed to the perception. So my next question would be how do we combat these negative views of our beloved Chuukese? That will be covered in my next blog when I of course find the chance. Until then, take care.