Hey y’all, I am not a Certified Financial Planner nor a Certified Financial Advisor. I am only sharing my own experience and fried in a little of my own opinion. I highly recommend you seek someone that is a CFA or CFP or other CERTIFIED human that have the education and the know how whom can help you navigate the very heavy seas. As an Islander, I only use the current, the stars, the wind, the oceans and the waves to help me sail along. My understanding of navigating this waters is that eventually you will come upon land. SO, WHY PANIC.

Hello ifagalz friends, fams, drop ins, dropouts and everyone in between. I hope this article finds you in good health and very high spirit. It couldn’t be a better day here in the Pacific Northwest. The sun is out, the wind is slowly breezing from the north and the waterfalls in my pond here are comforting thy souls with the sound. And yet, I feel an emptiness of not being able to be out there to make me a couple of greens. All thanks to the COVID19.

I didn’t say that to complain but rather to remind you of how important it is to follow the order. Please tune in to your local media or visit us here so you can stay informed of all that you need to know  to protect yourself, your family and your community. Think of others while out in public – wear your mask. It will only help get us back sooner to normalcy or as close to it as possible.

It is a very challenging time for all of us indeed. And to cheer us all up, I must refer you to what Martin Luther King, Jr. said, “WE MUST ACCEPT FINITE DISAPPOINTMENT, BUT NEVER LOSE INFINITE HOPE.” It’s thoughts like this that drive me to stick to something even in confusing times. And to stay positive even when you feel like the walls are all falling down around you.

And here we are.

Today, I wanted to write a little bit about financial portfolios because it’s really is terrifying what’s happening in the market. It’s like a roller coaster. Reminded me of the first time I rode one. It was at Sea Paradise in Yokohama, Japan. I would never ever do it again. The market has its tough ride too.

In my other post (LINK HERE), I talked about how the CARES act that was approved by congress can be a trap in a couple of ways. And I warned you about the temptation of falling into those traps. But if you have no other options, they’re there for you. But if you can, by all means prioritize paying your rent/mortgage before anything other than food and medicines.

I can’t give you any updates yet, whether there are changes to help out folks whom cannot possibly come up with the accrued balance after not working for a while. If you do hear anything, please share it in the comment section below so we can see it.

What I can say is that what I thought would happen is finally starting to come alive but we must remain cautious because we are nowhere near where we should be and this situation we found ourselves in is far far from over. It has impacted so many sectors of the US economy that it may linger for a very long time.

What scares me the most are all  of these layoffs from the hospitals, Boeing and others. We also cannot count out the airline workers whom are for now being protected by the CARES act. Who knows what their fate is going to be once the protection is lifted or expired.

And as scary and volatile the market may be, I want to make something very very clear. Taking out your 401k or Roth at this point is highly INADVISABLE. Talk to an advisor to get some comfort but be patient and don’t do a panic withdrawal. NO MATTER WHAT YOU DO!

I started following the stock market when I was on Guam in the late 90s and since then have witnessed a couple of meltdowns starting with the Asian Market crash. Lucky for me, I left before all that happened and took everything I got with me to the states.

When the last one happened in 2008, I was heavily invested in the market but my tolerance for risk taking was at its minimum so I was lucky again and fortunately got out of that mess in positive territory.

In 2015, the stock market was heading in the right direction but the real estate market, if you were a buyer, was heading the wrong direction. House prices were just starting to move upward.

It’s only then that I figured, it’s time for me to take everything I had in the stock market and threw them into real estate. I questioned my move then and still am to this day, maybe until I sell my home, but it was good thing we bought when we did.

Seattle experienced one of its hottest real estate market increases in its history. The combination of Amazon expanding its foothold in the city and Canada increasing its foreign buying property taxes, the real estate market in Seattle was hot, very hot that at one point, there were only 14 properties for sale in one outlying city and everything was above a million dollars. It was the craziest thing I had seen! It was amazing. I am sure every Seattleites wished they had invested in those properties when they were averaged in the 100k.

Although, I’ll have to wait until I sold my home to know if my investment was a good one, I am comforted with the fact laws and regulations (mind you the Trump administration did relaxed some) were put in place to protect people in my situation. And for the fact that we invested in the house when at the lower end of the market, there’s room for breathing. lol.

Just for comparison, the property value has gone up by $179K which in itself alone had quadruple the value of stocks I took out to invest in this property. So far, looking at all the figures, it was the smartest move I had to take. Timing is everything I learned.

And the value estimation of the property doesn’t take into account all the investments we’ve put into it since we bought it. And we’ve paid the mortgage down by quite a lot by aggressively adding extra principal payments not only to shorten the term but more so to safe us on the interest.

Now, back to the stock market and how to avoid making decisions you would regret later.

In the CARES act, they put in provisions where it makes it so much easier for you to withdraw your 401k or ROTH IRA which is very attractive because if you do it now, you won’t have to pay a penalty. But looking at the graphs of my family’s portfolio, you must understand when is the good time to do the withdrawal.

I labeled the graphs accordingly so you can follow me along. If you look carefully at graphs G1 and G4, you can see where the market had bottomed out. Imagine you got panicked and made your move at that specific time. You would have lost at least $2,000.

You may wonder why one has a 10.74% annualized ROR and the other at 5.90%. Well, it all has to do with the risk tolerance. I decided since the investment in that portfolio was smaller, I will take a higher risk in what stock to invest in. I am playing a little poker here since no one really knows exactly what will happen.

The stock market went nose diving due to COVID19 which can be seen in the graph below on one of several portfolios I am managing. Scary moment that may have caused panic but if you look at the annual performance ROI, it's a healthy 10.74 percent. So why panic? 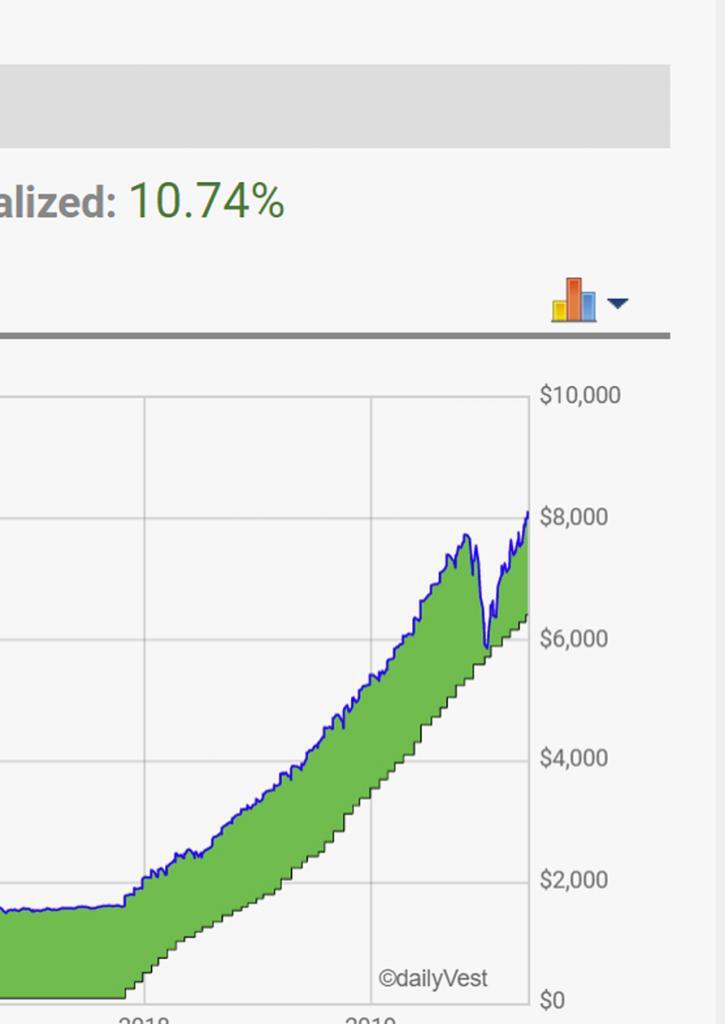 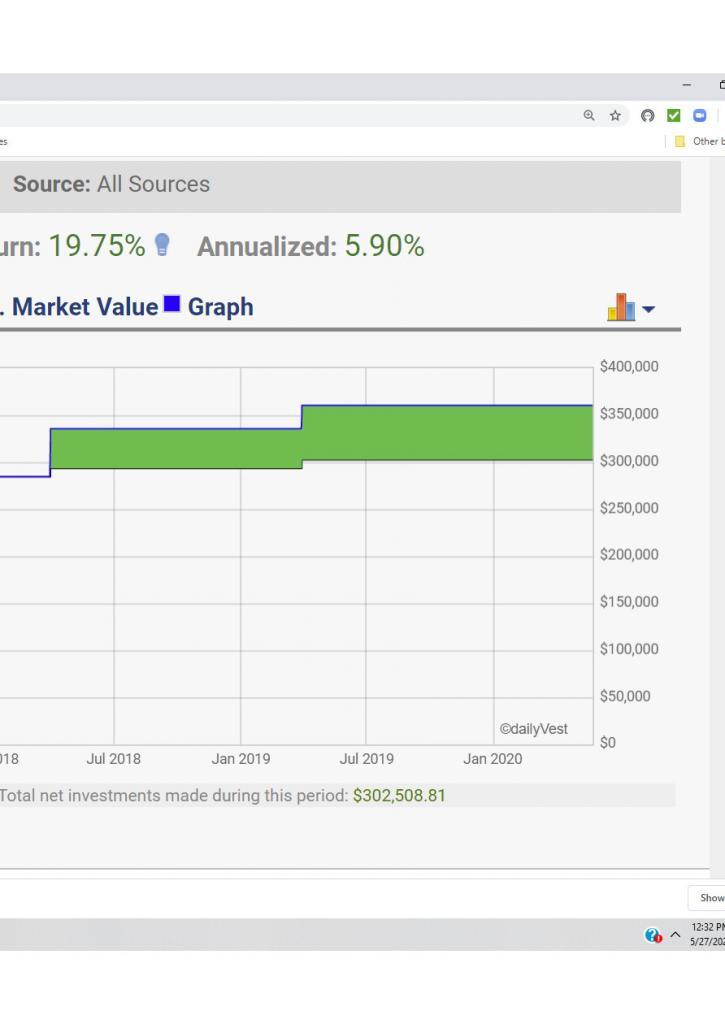 The Personal Rate of Return (ROR) at 19.75 percent is a healthy number. The Annualized calculation is at 5.90 percent. Both in the positive territory. NO PANIC PLEASE! 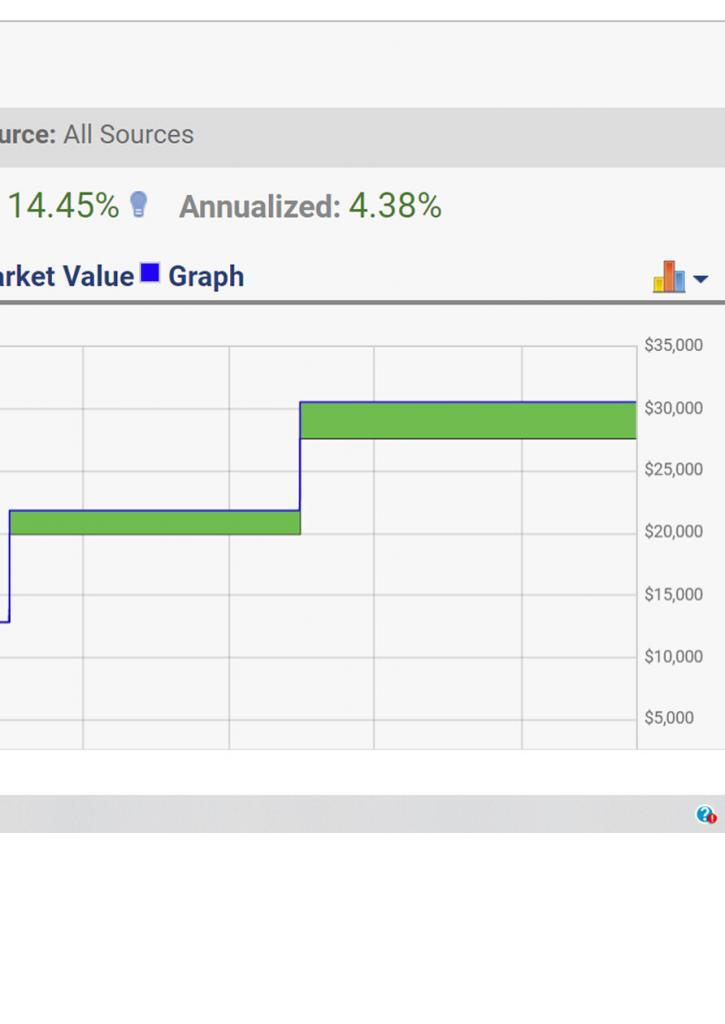 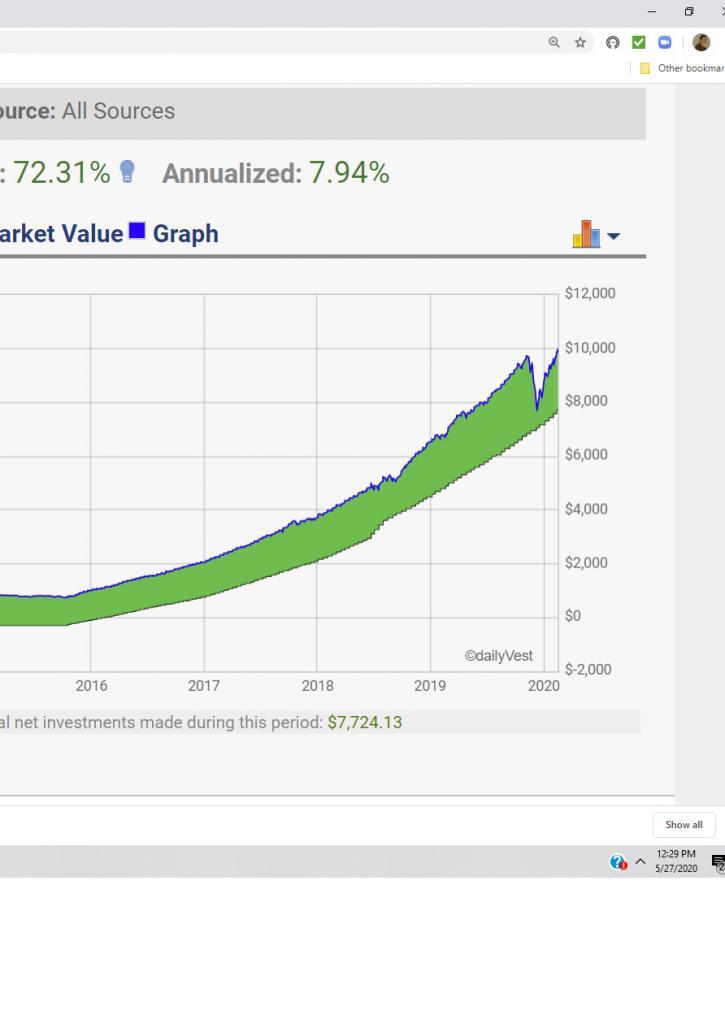 Why it's important? Because if it's in the positive, let alone 72.31 percent, then you know, you are doing good. Have faith in yourself. NO PANIC BUYING/SELLING PLEASE!

Patience is very important if you’re going to invest in the market. Panic selling or buying, more often than not, can lead to more losses than one can imagine. So before you rush to withdraw your money, please take a deep breathe and ask yourself the what ifs. Do a lot of research.

Know your risk tolerance and where you are in life. If you are a young man or woman, you still have a long ways to go and can have fun riding the roller coaster. If you’re in the latter parts of your life, then it makes sense to lower your risks and take it easy. Taking on more risks if your young but less so if you are older.

And when in doubt, seek out those CFP’s or CFA’s.

Sorry folks, I am not sharing my tuna with you. Hehehehe. Stay safe and God bless. 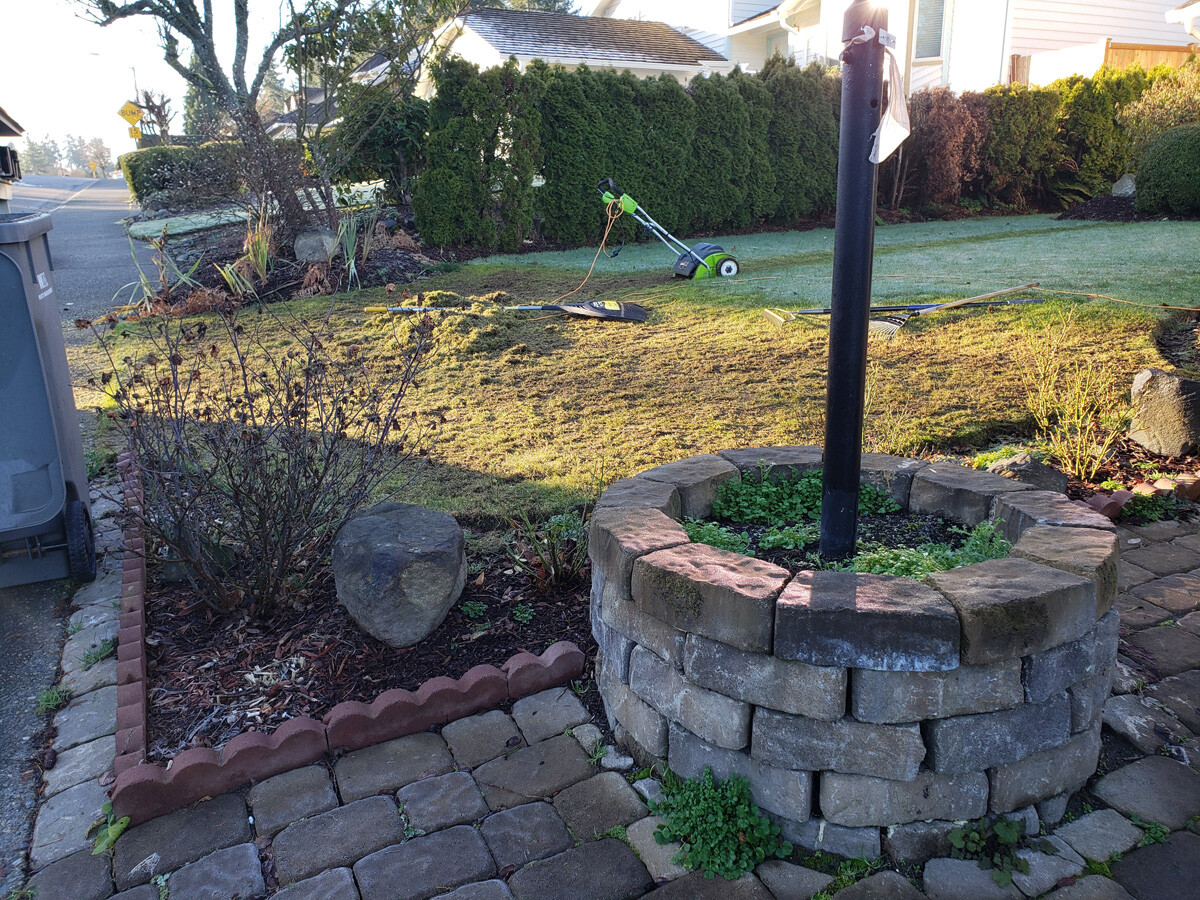 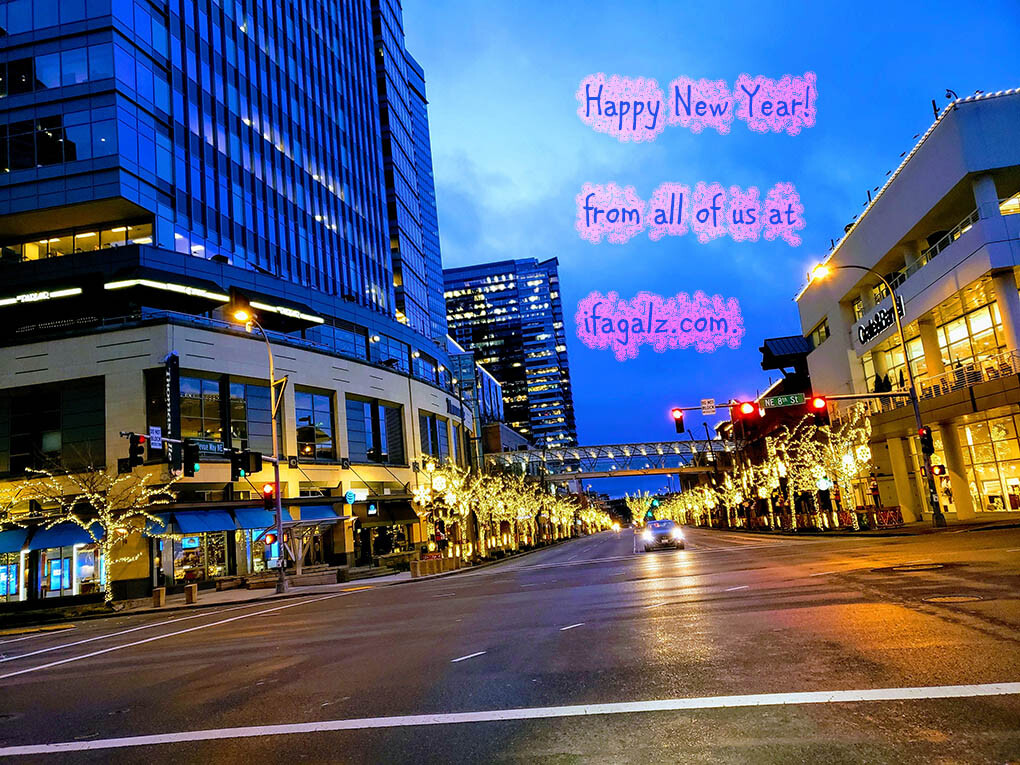 A New Year, A New You 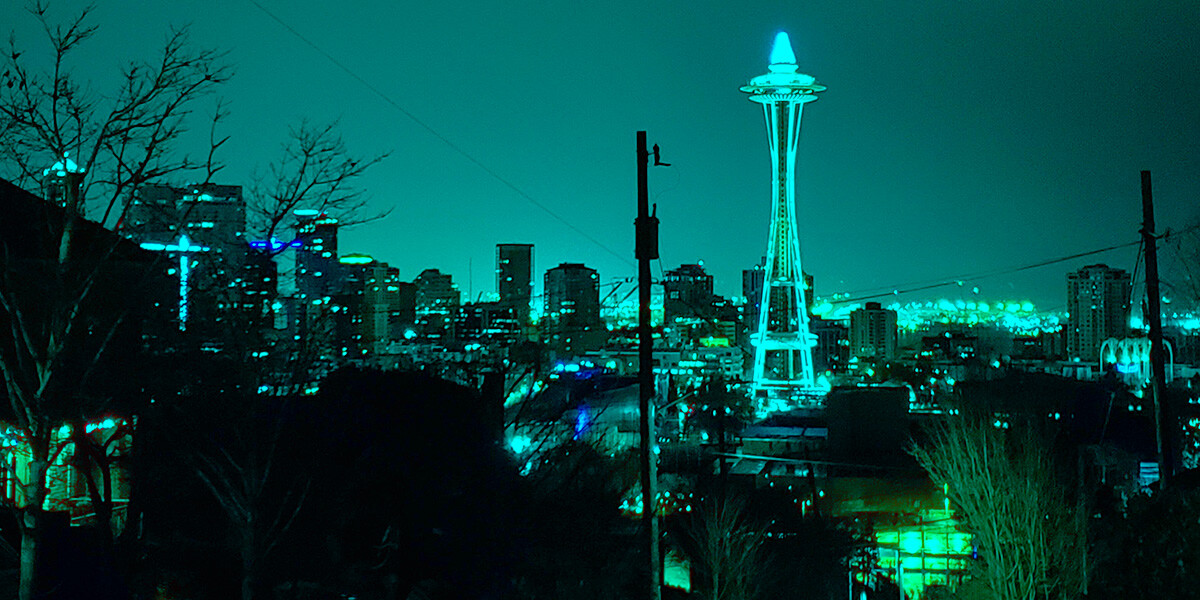 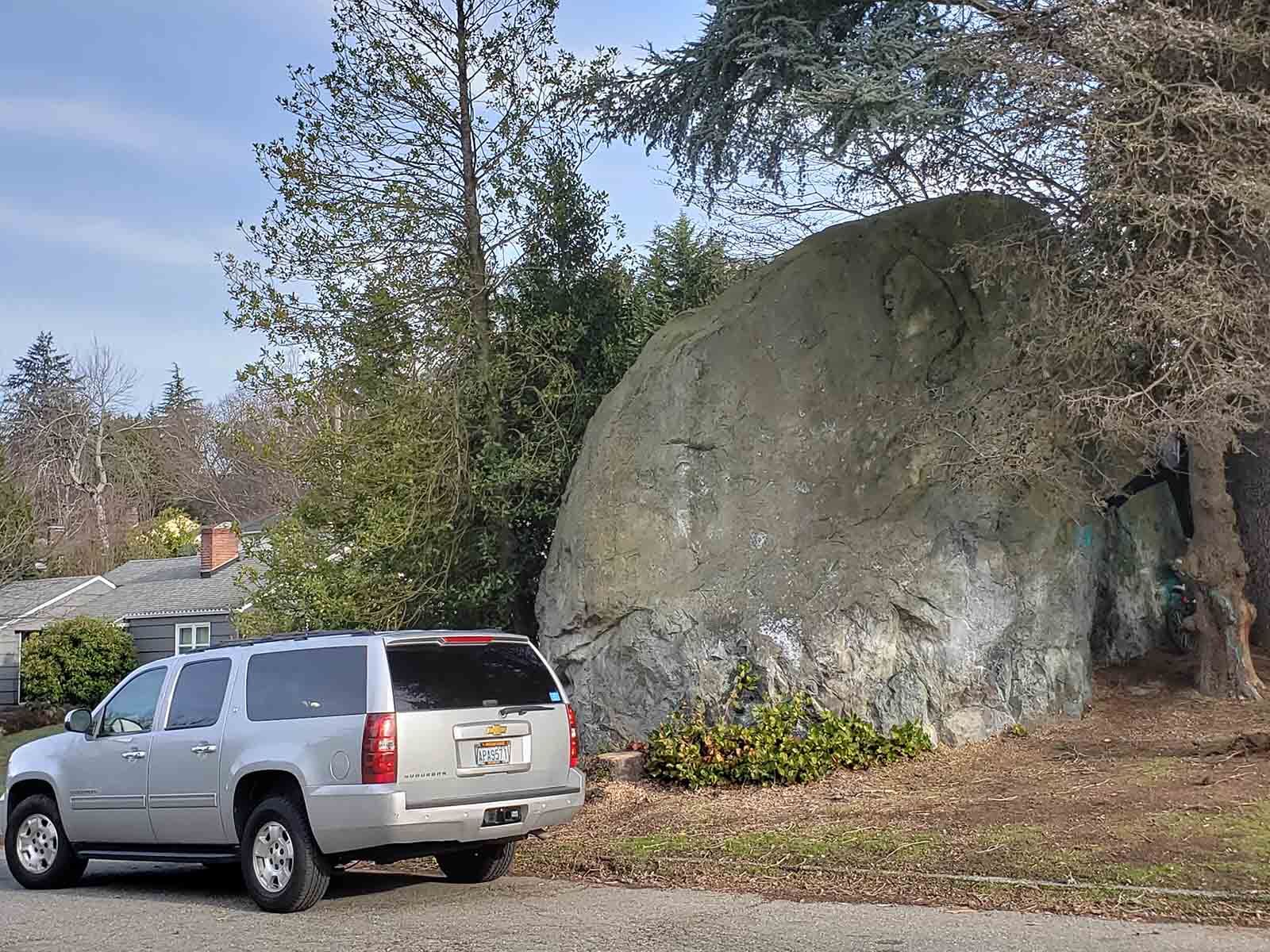 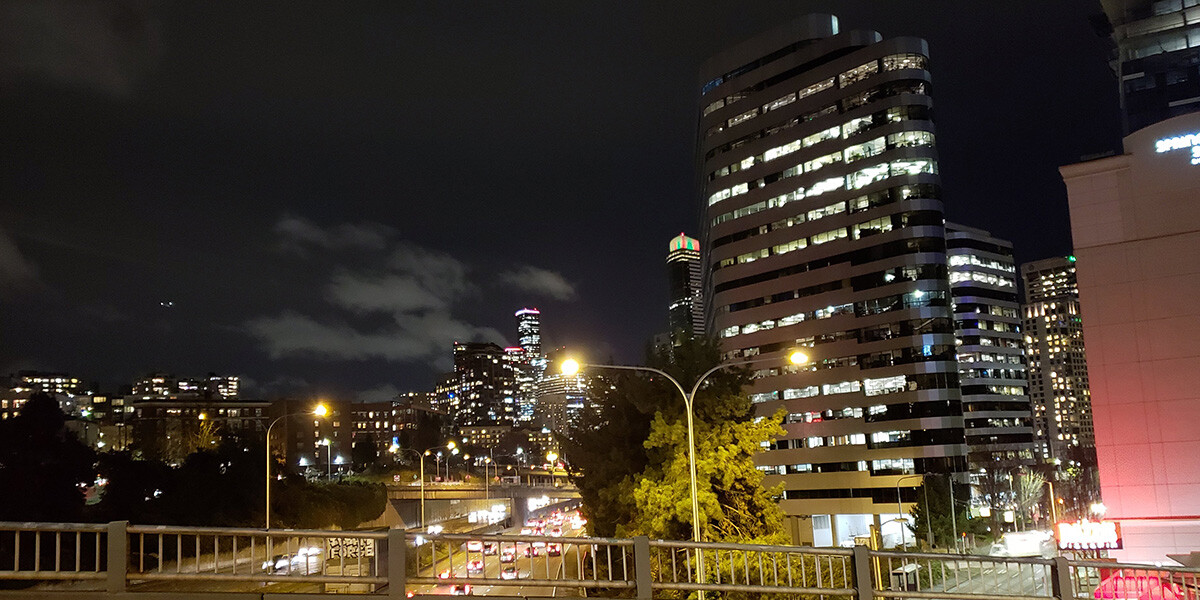 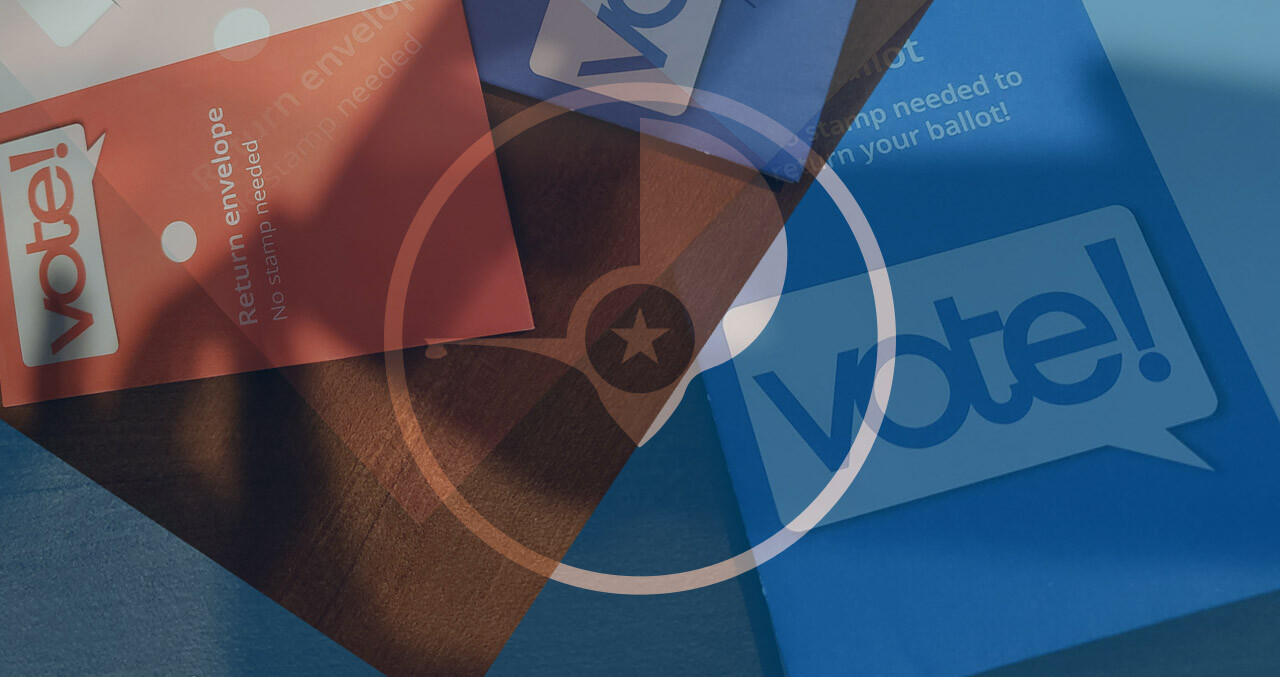 Election is Over on Yap, Now what? 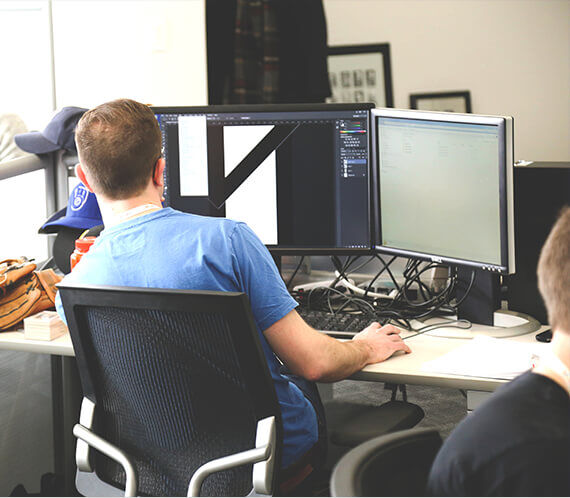 Life in the 4th Quarter