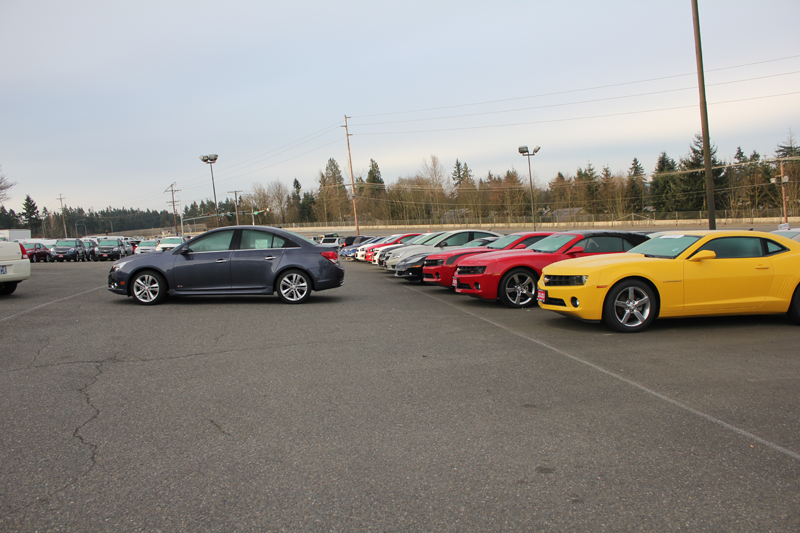 Are you on the hunt for a new ride? Would it be a truck? Maybe a Toyota Tundra with fancy tires and a moon roof? Or are you in for a brand new Nissan Leaf? Whatever you decide, the second thing would be to walk into a dealership to get the paper works rolling.

Since I bought my first vehicle, the one thing I hated most when walking into a dealership was the fact that I know these guys are there to oversell you something. As excited Micronesians, it’s easy for us to be preyed upon. Some use our identities as Micronesians against us knowing that we are not equiped with all the information needed to deal with them.


My job in writing this blog is to inform you of some of the things you needed to know before walking into a dealership, all pumped and excited to get yourself a spanking new car for a first ride. There are tons of information out there but I am sure sharing my experiences would relay more to your situation perceiving it from the lenses of a fellow islander. Don’t get me wrong, you need to do a lot more research than my mere experiences.

Contrary to what people say or the auto dealership advertisers would like you think, it’s a dense and high pressure environment in there. I’ve tried and tested it on different occasions and found the same thing happens again and again.

A dealership in town advertises a No pressure no Gimmick, down to earth, and well rounded salesmen so I decided to go check it out. After parking my vehicle intentionally into the Manager’s spot, I walked straight out to the lot and looked at a few New 2013 vehicles. Out of the blue appeared a gentleman with blue ties and nice pressed blue long sleeve dress shirt. I turned to him and asked him if he was buying a vehicle too. He smiled, shook my hand and said his name was Tom so I introduced myself as Jerry. Tom and Jerry. I told him I was buying a vehicle for my daughter and gave him my requirements, one of which is that I DO NOT, and I repeated this twice, I DO NOT want to hear USED CAR.

If you didn’t get it, it was a salesman name Tom. He was about my age so I thought it was good since I am Micronesian and with my Micro values, it would be a little complicated if it were someone older than myself but in this case, we are on the same tribal level so I thought I could be level headed with him. He told me to follow him inside but I told him I am not interested in sitting down yet. I am still enjoying looking at the vehicles and continued on walking briskly around pretending to look carefully at the pricings and listings. This guy got a little agitated I can tell but that was my intention. I wanted him to feel what customers felt when they are out shopping with little knowledge.

About 20 or so minutes later, we went inside where I added more things that I required of my daughter’s new vehicle. Again I stressed it so hard that I want a NEW 2013 model and no less. I told him I have cash to spent but I cannot go beyond $18,000 and I do not want to loan any money. I showed him my bff Sam and told him that I have all the information about the vehicle I wanted with Sam and that Sam can show him if he so required. He turned and told me that he can logged into a special GM website to see all vehicle inventories within whatever mile ratius of our location. I was like, oh can I see the website too? Can I sign up to and use it to find the vehicle? He insist on doing it for me so I let him to do it. He looked hard and with a smile he told me he found a vehicle with the exact description and he can get it for a lower price, but he has to check a few more things to be sure. So he left me sitting.

I sat for about 15 minutes but this guy didn’t return so I stood up and headed for the door but when I was about to exit, Tom called me back and said he was sorry it took him a little while because he was trying to get me a better vehicle with the same price. I was like hmmmm, that’s sounds familiar, way too familiar.! He showed me a white sheet of paper full of mathematical calculations. Wow! What the heck? The huge scribble on the top left corner says $18,500! and then some more numbers squeezed in between and the final price came out to $25,000 or something close to that.

Tom did something awefully wrong here. First of all, I told him the max I can go was $18,000 and no more. His explanation was that adding in all these sorts of Taxes and it brought it up that high. He then sorted to a usual trick that these salespeople often do, he was like we have several USED 2013 models, why don’t we look at those too. And he even brought up the fact that I can only loan a little to cover the remainder of the cost. I shut him down immediately and told him that I didn’t want to hear any more of the words LOAN and USED ever. I said EVER! If he wanted me to buy from him, he better not mention those words ever again because I wasn’t interested.

There are several underline or points that I wanted to share with this one experience. The number one thing I did was doing my research to know exactly what kind of vehicle I am looking to get. A simple way of looking at that would be between a USED or NEW vehicle. Are you shopping for the former or the latter? Once you get all those down, then of course the fun part begins and that is financing.

To be honest with you, I didn’t have CASH with me, let alone $18,000. Even my retirement account is not even that much but let’s leave that for another day. What I am so confident about was that I had a BLANK CHECK worth up to $18,000! Yes, you can get those and go out shopping like you have thousands of cash with you. You just have to be approved by your financial institution. It’s a loan but not one that a dealer got it for you after adding all sorts of expenses on it and negotiated a higher APR so the bank can approve it. You negotiated with the bank on the loan terms and then when approved you go out and look for any vehicles worth the amount of the check. Please do know that there are conditions on these loans, for example you cannot buy a vehicle that is more than the amount, unless you have the cash to cover that portion and there is a minimum amount you go down to.

A Blank Check or pre-approved loan is very attractive because it gives you every detail information on the amount and interest and all that good little things you need to know. After all, you have to know how much you can afford. At least this way, you do not have to think about the financing part when at the dealership. You focus on the price and not pressured to a point of giving in to the salesmen just to close on loans. It also takes care of the misconception that many of us have about dealers approving loans. Some do as they themselves finance loans but most do not.

Belief it or not, dealers have a list of products they sell alongside the vehicle, and many of them with fancy attractive names. I can list a few here for you. I bought GAP, Disabled/Unemployed and Tires for Life and have filed a claim on one of them only once.  I realized now how much I wasted money that I didn’t have on these products after maxing out the life of the vehicles I had owned. I purchased these products ranging between $400 to $1500 dollars a piece. Poor me, I won’t see any of those money back. They were gone forever.

When you finally got to sit down and finalize the paper works with the dealership, please be sure to look at the products they sell carefully and pick the ones you think you would need. For example, if you’re buying a used vehicle you may consider buying a triple A membership if they offer it to you for a cheaper price because the cost usually is for the life of the loan or the vehicle. But again, be sure to do a thorough research. It maybe cheaper to buy it directly from triple A. Or your phone company may have already added that on your bills without you knowing it so be sure to check that out too. Don’t be surprise that your phone contract covers things like roadside assitance and whatnot. Just ask around.

You may call me a hypocrite for saying a few lines about the fancy and attractive products name and then asked you to look at them. The truth is I am trying to tell you to make an effort to understand each products or to familiarize yourself with what each of them offers. Most of those products you can buy out on the market so make sure you do the math and research before buying them. After all, INFORMATION is POWER!

That is exactly what I am trying to do by writing this blog. My hope is that it reminds you of our weaknesses as Micronesians and empowers you to do a thorough research so that no one takes advantage of you.

Before I finalized my blog and say goodbye to you, I have not forgotten that I mentioned a USED car. The dealer will always somehow tries to sell you a USED car. Why? Because that’s where the GOLD is! It’s not because you cannot afford it. It’s not because your bank won’t approve your NEW vehicle loan. These guys make money on people that trade in their vehicle. I will leave that part so I can tell you all about it later but the truth is that the trade-ins get them real good money. In other words, they screw the previous owner to make money. Wakakakakz! Ika met? Mwa met ren ekkei notuk pun re turunufas! Wakakakz.

If it were me, I would sell you something I know I would make money on first! And that is why I have to keep on insisting you look at used vehicles. Mr. Tom just got a trade in his last transaction by simply getting Mr. NoInformation to get a NEW vehicle. Tom told NoIformation that he would get the vehicle for $3,000 dollars when infact there was a rebate that worth that much. So Tom used the rebate but get the USED vehicle for free and then try to sell it to Jerry for $18000 or even less. He would still bring home $5000 and the dealer would still make profit. Don’t you think?

A word of caution, not all dealers are like that, but it happens. The main point is for you to look at each situation carefully. Just make sure to get as much information as you can before finalizing your decision.

Please do not think of me as someone that qualifies to give advises on these matters. I am only sharing my experiences with the hope that it can help you make the right choices and decisions. Take what you can. Until next time, please take care.